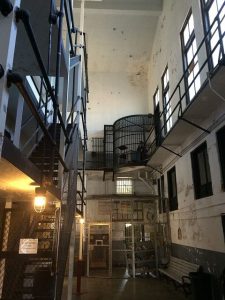 The following records contain a public information about federal inmates released in 2014.